Through the Looking Glass, with Austral Bricks’ Venetian Glass Bricks

As beautiful at night as in the day, the glass storefronts in Amsterdam’s De Wallen are lit up as iridescent installations, evoking an almost ethereal glow amidst the evening’s darkness. Closer to home, iconic Surry Hills’ establishment, The Standard Store recently underwent a renovation, with Austral Bricks’ Venetian Glass Bricks installed as its centrepiece. Setting itself aside from the other retail stores lining the iconic Crown Street strip, The Standard Store’s cool blue POS Counter, juxtaposed with charcoal brickwork and plush navy carpet creates a welcome reprieve from the city’s bustle.

Available in four finishes and five colours, Austral Bricks’ Venetian Glass Bricks have the ability to imbue your space with an elevated design appeal, creating a feature wherever they’re installed. The bricks are expertly, artisanally crafted in Italy. Inspired by the Art Deco Influence of the 1920s, these bricks are simple yet decorative, offering a way to integrate colour and texture into a project in a refined way.

Of the available colours, Blue Sapphire is dynamic, with a cool depth and sophisticated tone. A lighter colourway, Aquamarine captures the rich essence of an ocean, eliciting a unique sense of fluidity. A crisp, clear profile, Arctic Crystal illuminates and glistens, elevating any space into which it is installed. Golden Amber, as its name suggests, is reminiscent of sumptuous honey. The warm, golden tone is perfect for those seeking to imbue their space with a feel of decadence. Finally, Smokey Quartz has a natural tone with an intense finish. This versatile colour can sit comfortably alongside a range of existing decor and home styles, creating a refined statement.

Most recently, a five-bedroom home in Panania, in Sydney’s South-west was the most viewed property listing in NSW on real estate site, realestate.com.au. The striking build garnered over 10,000 page views and a flurry of interest. A key focal point of the home was its stunning facade, with a hit-and-miss laying pattern constructed with glass bricks. Woven throughout the home’s design, the glass bricks instil the home with a contemporary design style and unique feature.

Located just a stone’s throw away from Sydney’s idyllic King Street Wharf, and designed by the visionary Architecture team Woods Bagot, 44 Market Street is a testament to the design possibility of glass brick. With an Arctic Crystal facade, by evening the building elicits a spectacular lambency amidst Sydney’s CBD, and by day, the translucent facade offers a welcome architectural reprieve from the darkly clad buildings.

“Austral Bricks’ Venetian Glass Bricks have the ability to imbue your space with an elevated design appeal, creating a feature wherever they’re installed.”

“Austral Bricks’ Venetian Glass Bricks have the ability to imbue your space with an elevated design appeal, creating a feature wherever they’re installed.” 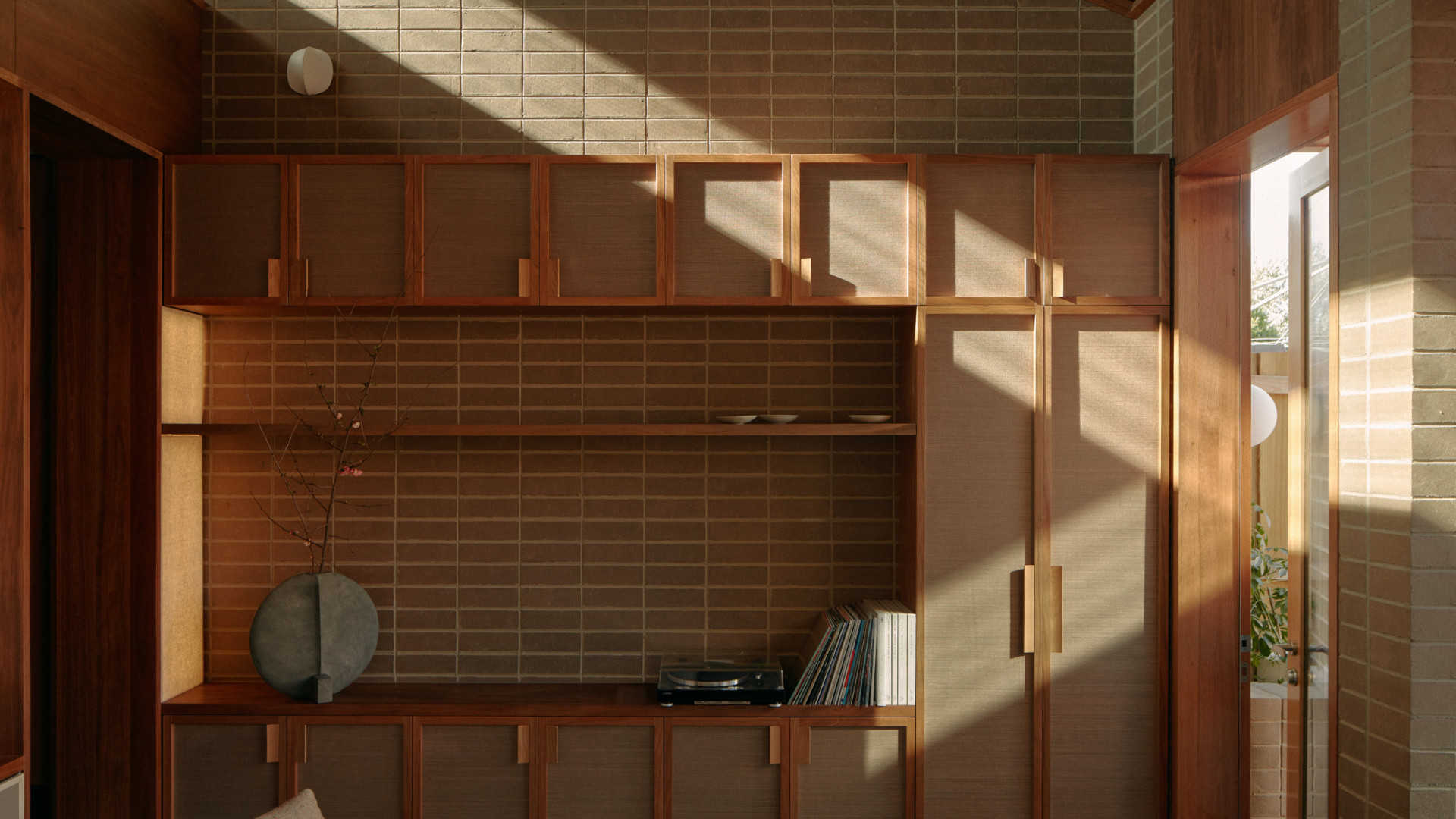 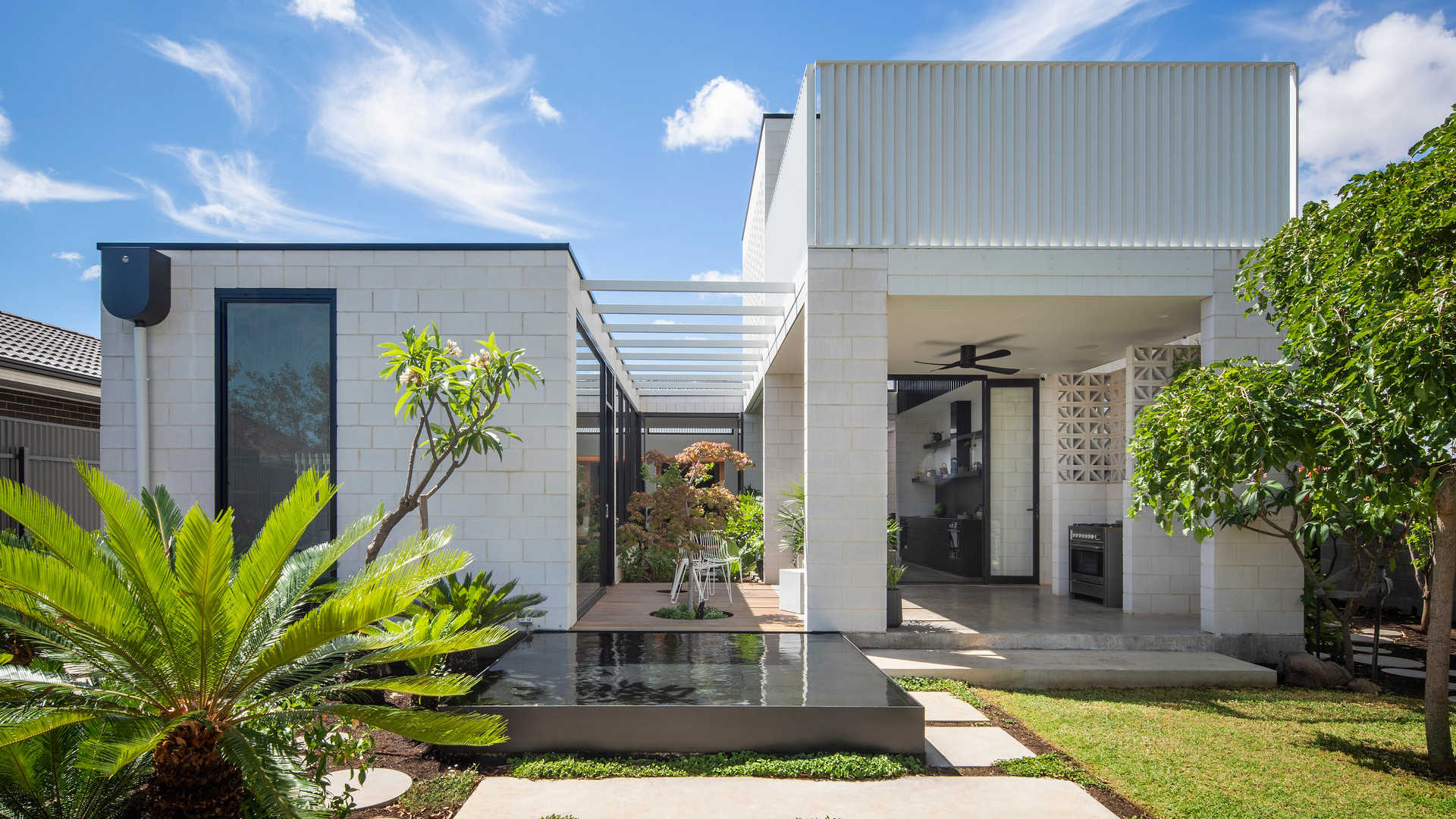 Articles, Projects
The Cycad House
An unassuming frontage gives way to a brutalist beauty in this quiet suburban town in the inner north of Adelaide.
Share 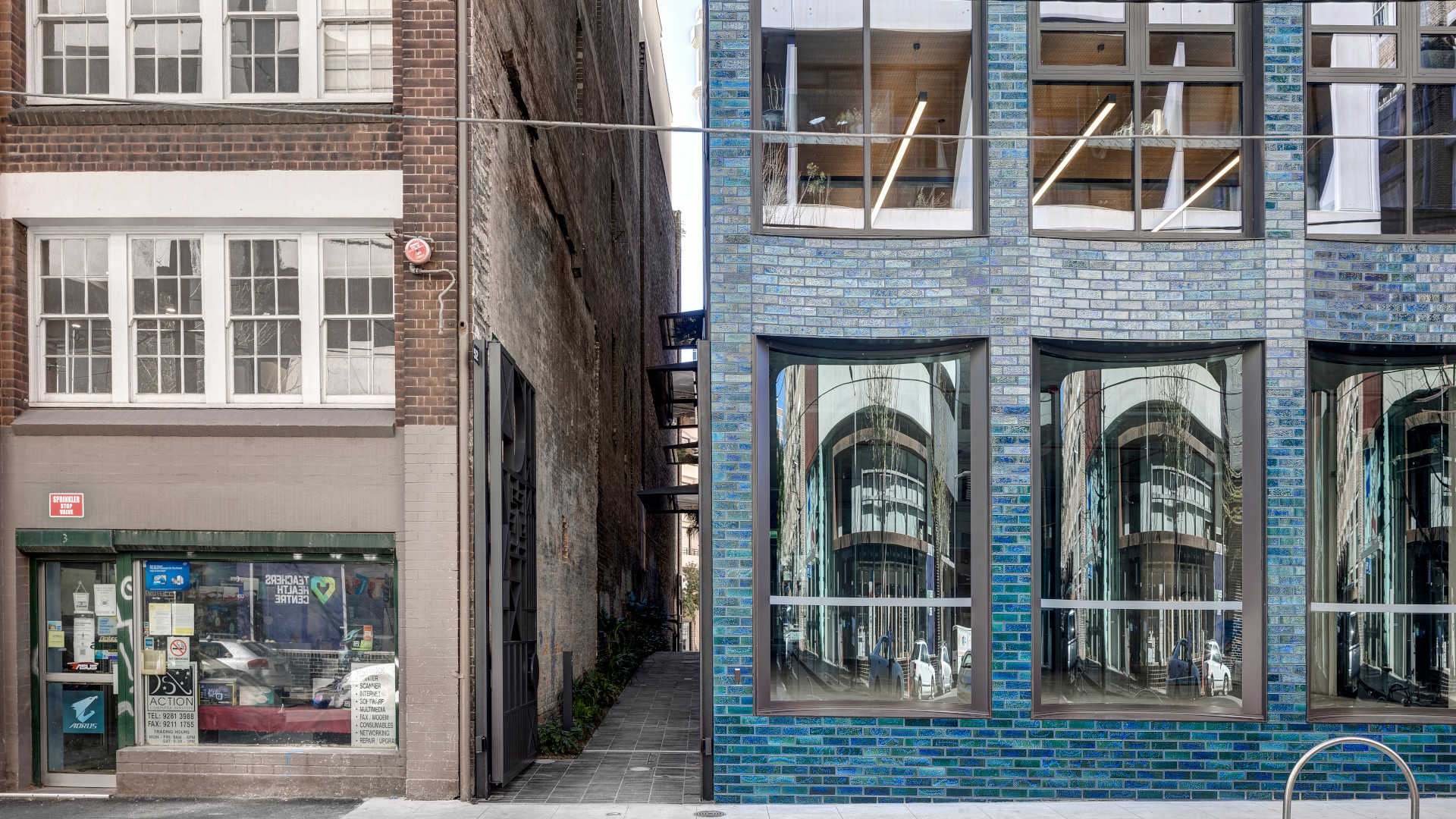 Articles, Projects
52 Reservoir Street
Clever design and a seriously statement-making frontage take this commercial build above and beyond.
Share 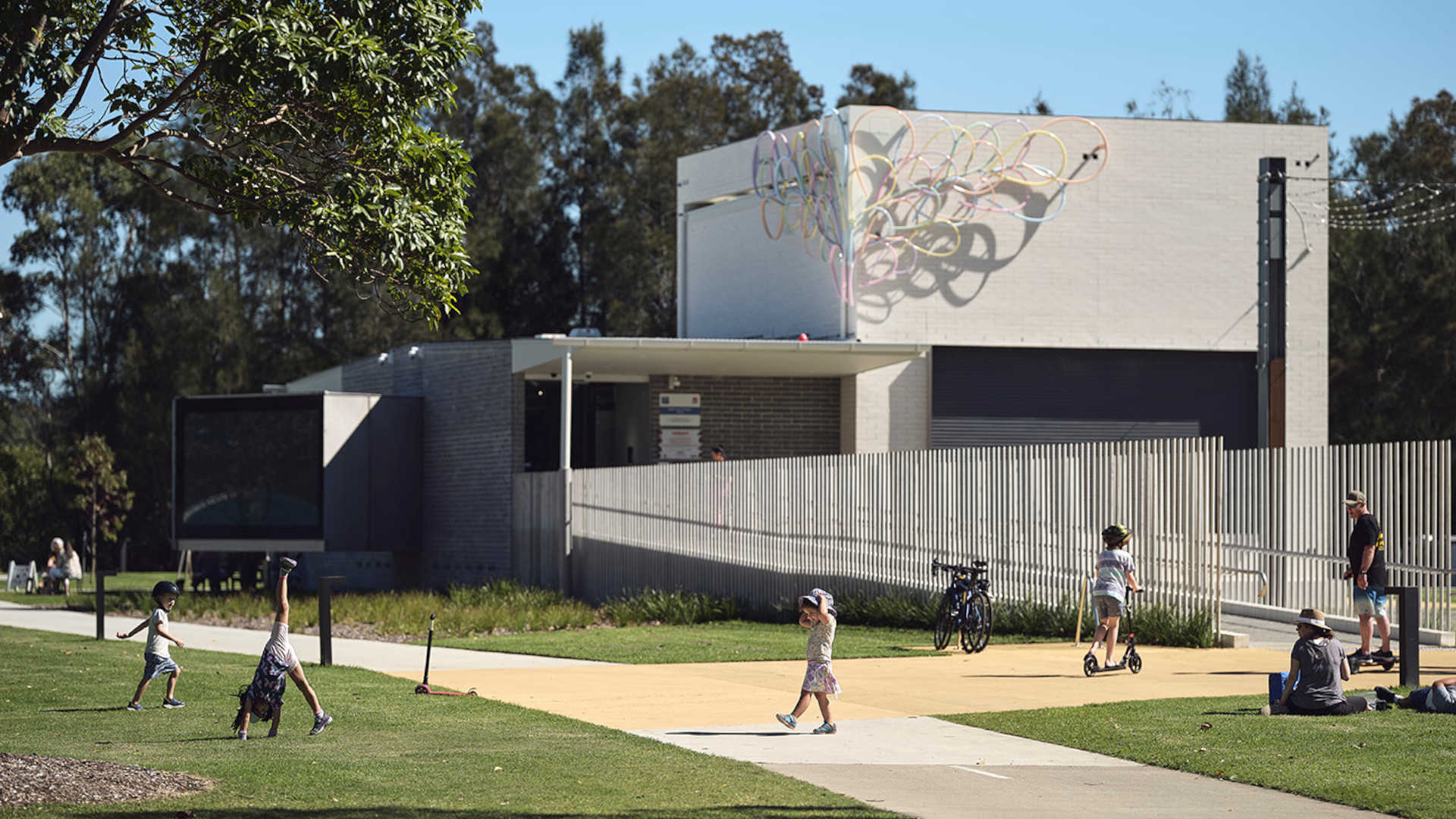 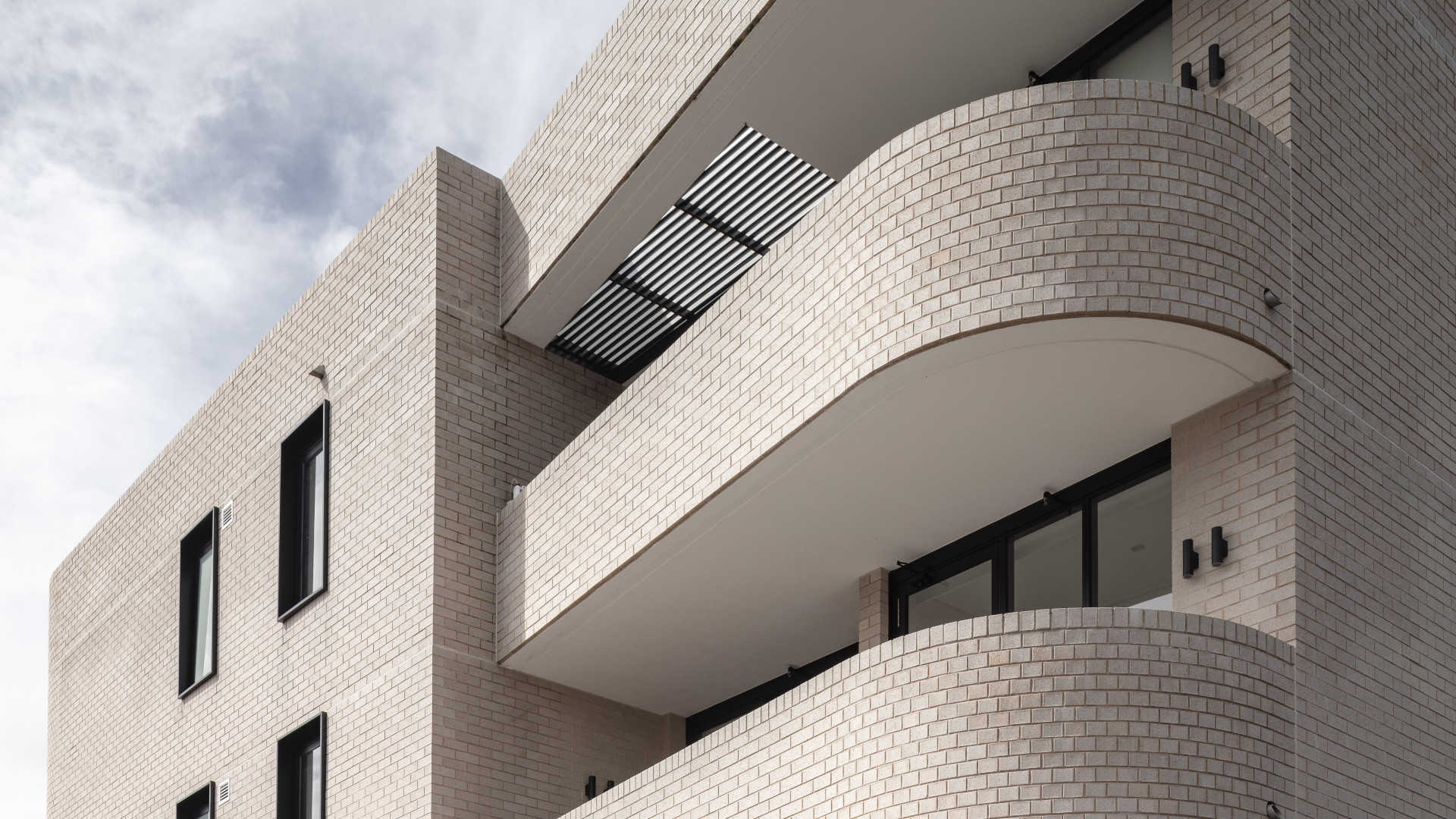