The building in question is 44 Market Street, a 26-storey modernist block completed in 1972, whose street-level entrance and lobby had lost lustre over time and, with little foot-traffic, was being under-utilised. Refurbishment plans included the addition of a food and beverage precinct and a new emphasis on the flow between the building’s surrounds and a refitted lobby. 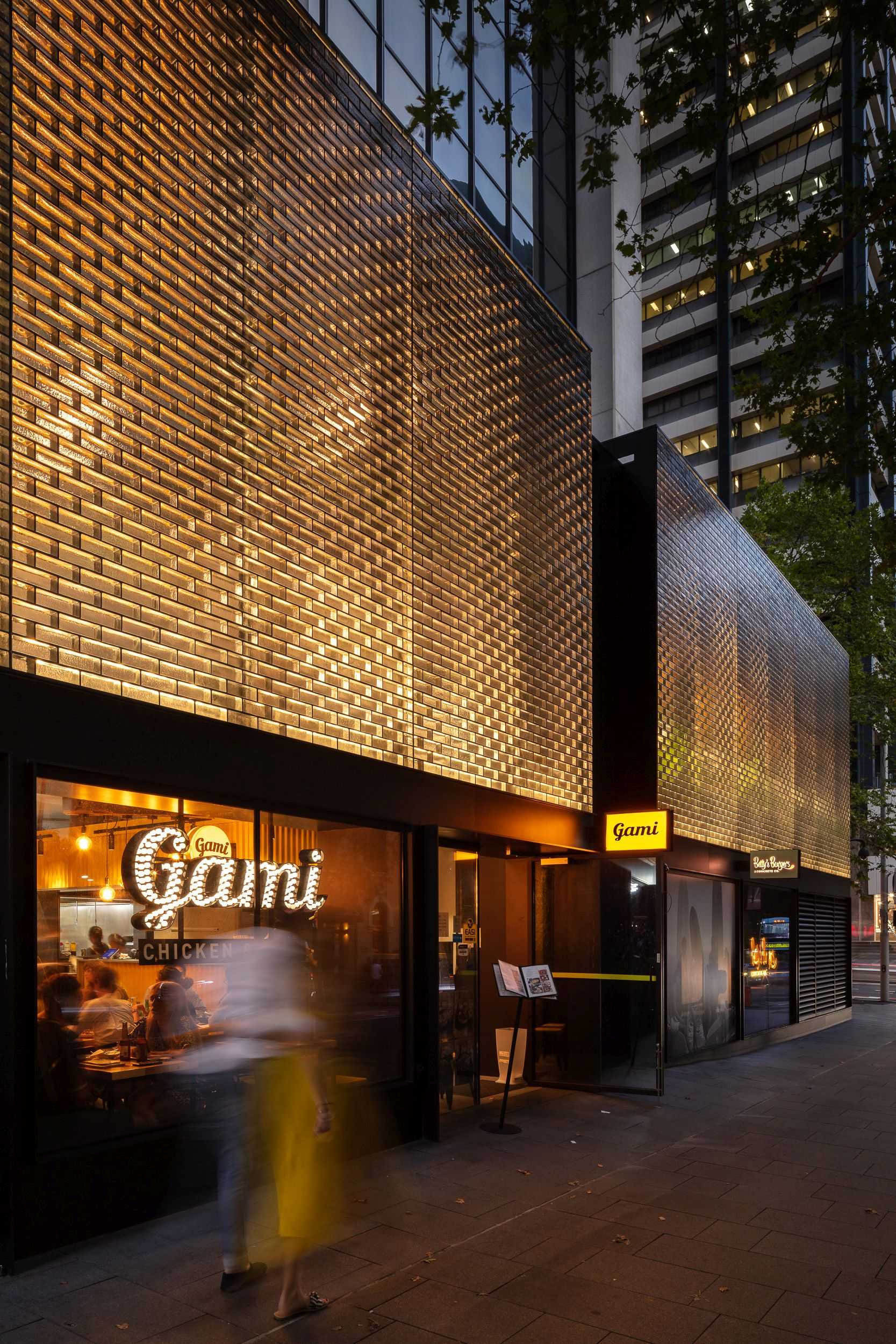 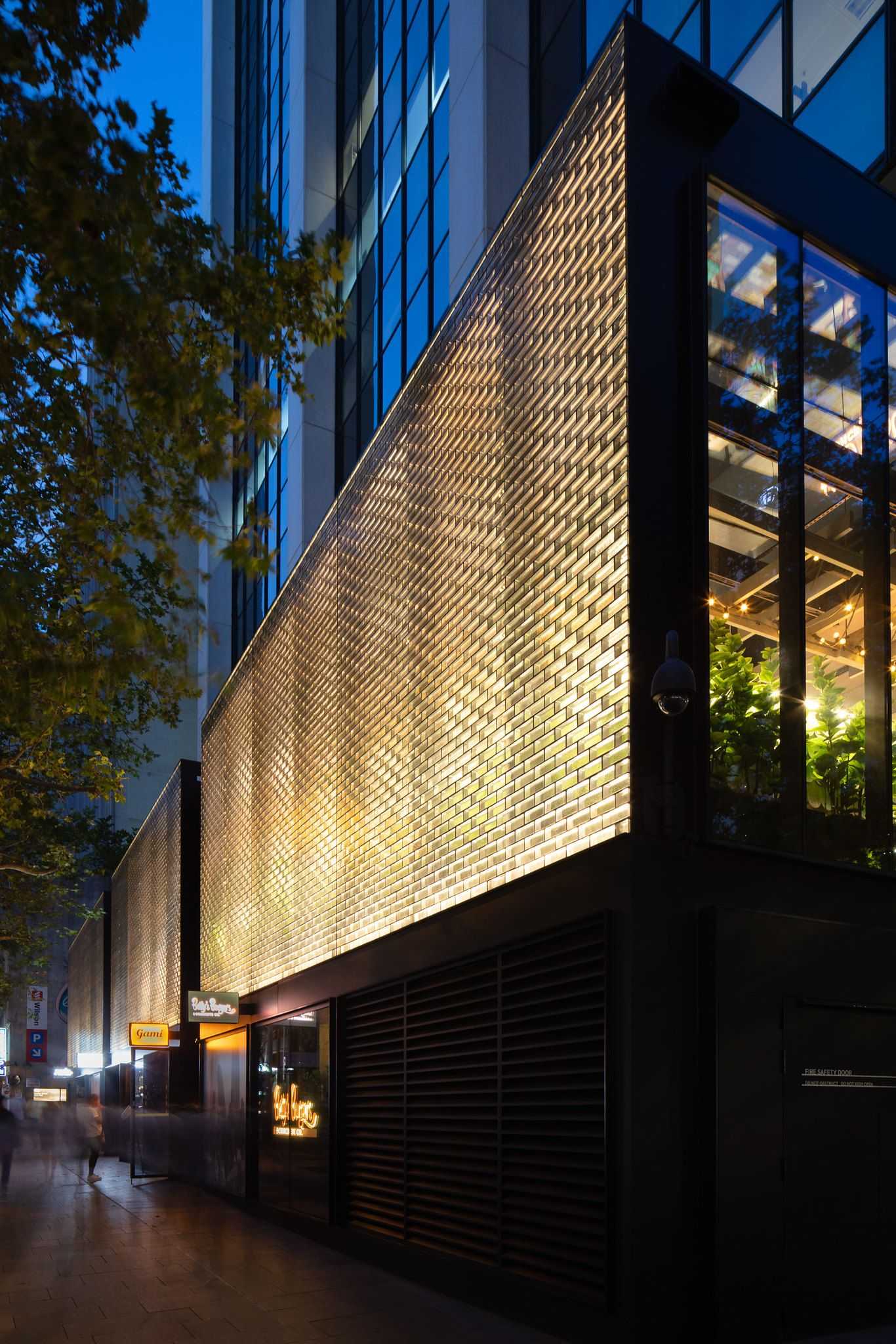 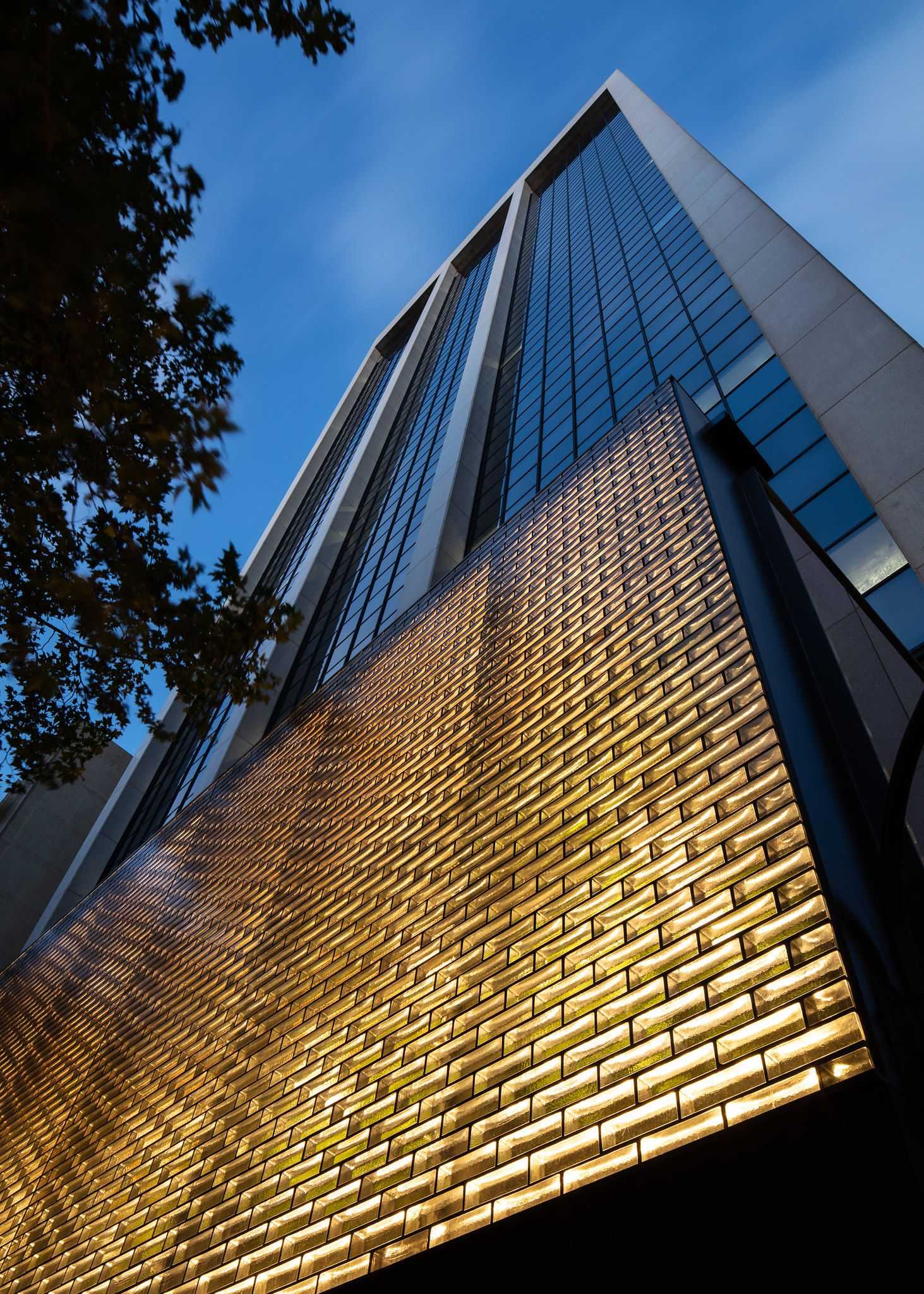 Consideration had to be given to the building’s position, straddling as it does the intersection between Market, Clarence and York streets: three city-centre thoroughfares with their own “programmatic identity”, says John Prentice, a Principal at Woods Bagot, the lead architects for the project.

To complement the surrounding environment, Austral Bricks’ Venetian Glass bricks were used to create the frontage for the Clarence Street side of the building, while large skylights were installed in the food and drink areas, with vistas reaching from the ground floor up to the existing tower. The result is the largest glass-brick façade in Australia – one which has brought a shimmering, vibrant transparency to the CBD.

“The design responds to each street’s character while maintaining a consistent architectural language that feels of place within its context,” says Prentice.

“The use of the glass bricks was a contemporary response to the site’s location within the Clarence Street historical character zone, which is typically comprised of brownstone buildings from Victorian and Federation eras.“It also addressed our interest in creating a light-filled dining experience that could also enliven the area at night-time while providing the finer grain of detail evident in the area.”Inspiration was sought from the existing design when redeveloping the lobby, with new additions – a gold-plated feature wall, for one – being used to enrich original details such as the green marble casing around the elevator.

When it came to the frontage, design ideas were sourced from further afield. While glass bricks have not been used extensively in Australian projects, there are a number of examples worldwide, including, perhaps most notably, the stunning façade of Chanel’s flagship in Amsterdam.

But while a double-brick system was used for that project, a cutting-edge customised system had to be designed for the 44 Market Street redevelopment, in a collaboration between Woods Bagot, Austral Bricks, Newcastle University and structural and façade engineers. In all, 7,380 handcrafted bricks were used.The result, Prentice says, has helped to create “a unique civic language in the precinct”, bringing a sense of both light and privacy, and a distinctive, ever-shifting aspect to a part of the city that he believes has too often been overlooked. 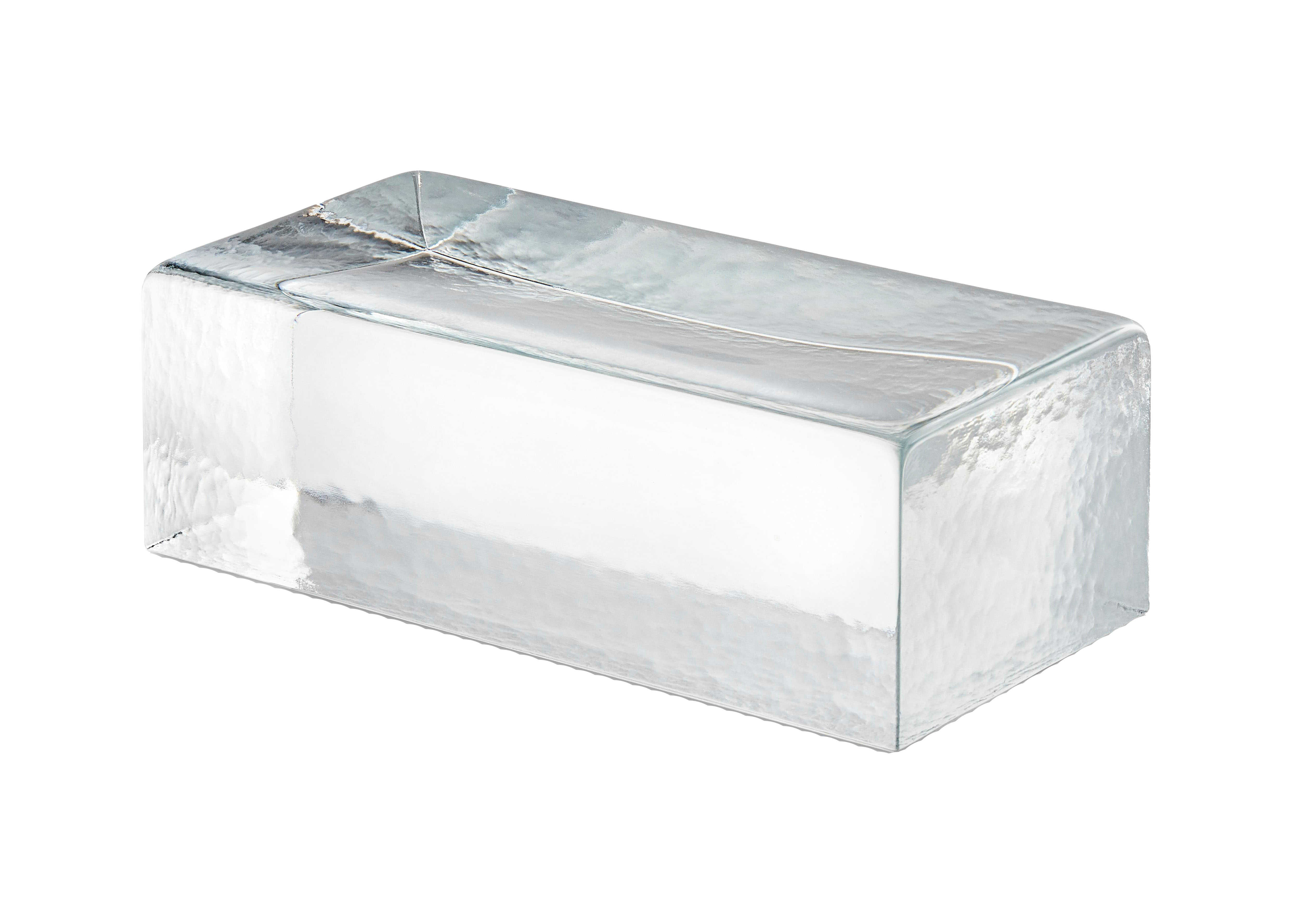 Bricks
Venetian Glass
Share
Like the article
Get In Touch
Build your dream home.
Learn about our products.
Discover them today