The valley is well-known for its abundance of natural and artistic beauty, as is its capital city, Bamiyan, the heart of the broader Bamiyan Provence. Headlining the region’s attractions is Band-e Amir Lake, with its dazzling azure waters haloed by natural travertine walls, and the ancient remains of the Zahak, Ghulghula and Buddha castles. But a newcomer by way of the Bamiyan Cultural Centre is expected to quickly climb the ranks, cementing itself as a much-loved destination for both tourists and the local community.

The centre arises in the wake of tragic events that date back over twenty years, to March 2001 when the Taliban destroyed two colossal Buddha statues that towered over the Bamiyan Valley. The statues, carved into the stone cliff-face approximately 1500 years ago, were considered the largest standing Buddha sculptures in the world, forming an integral part of both Buddhism and local culture. Tasked with safeguarding the remaining historical artefacts while also promoting new social and cultural developments in the region, the Bamiyan Cultural Centre was born from a 2014 international design competition, spearheaded by UNESCO with the economic support of the South Korean government. 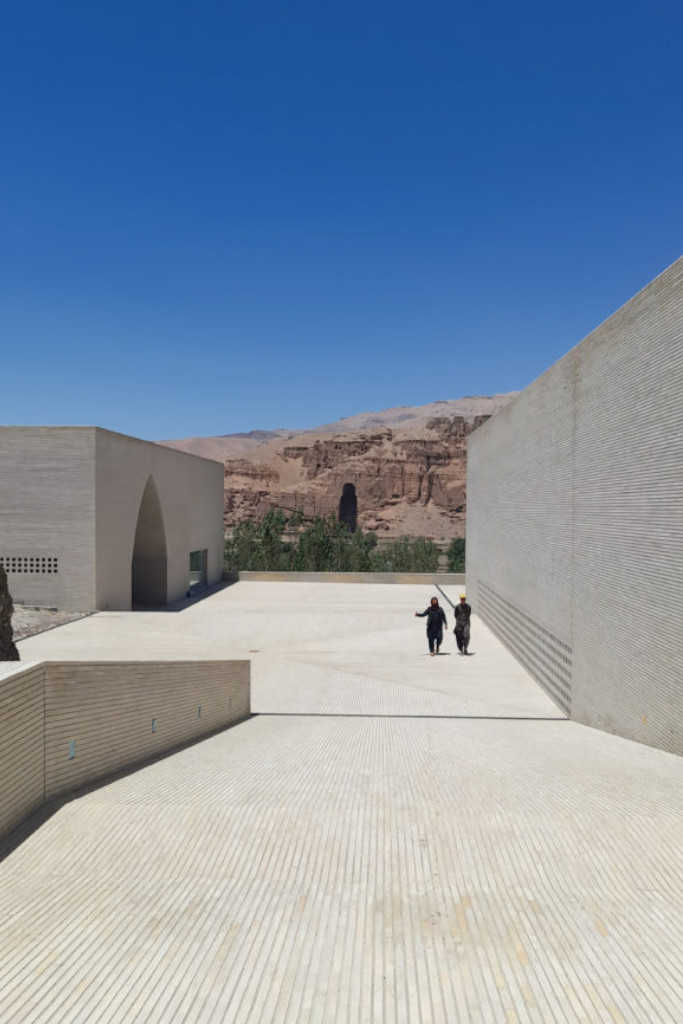 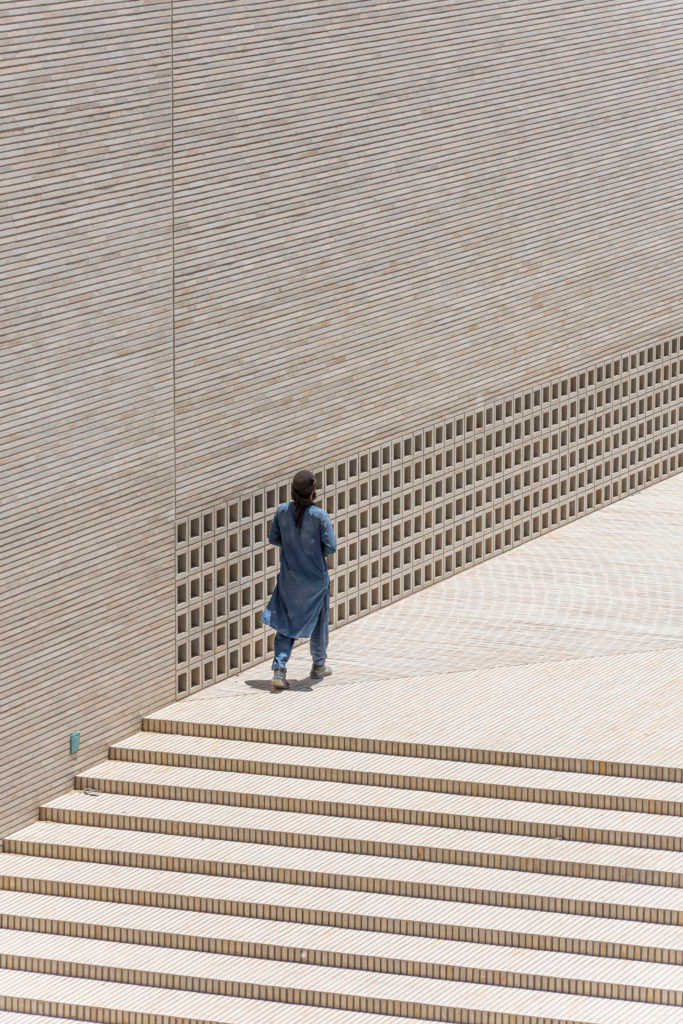 Selected from over 1000 competition entries, the proposal by Argentina-based design office M2R Arquitectos was announced as the winner, not least for its intentions to create a new and vital centre for communicating and sharing ideas in the Bamiyan region. “Our proposal tries to create not an object-building, but rather a meeting place,” the M2R Arquitectos team explains, pointing to the building’s nearly completed system of internal and external spaces, where the impressive landscape intertwines with the rich cultural activities that the centre will foster. These include permanent and temporary exhibitions, education and training sessions, lectures and cross-cultural performance events. 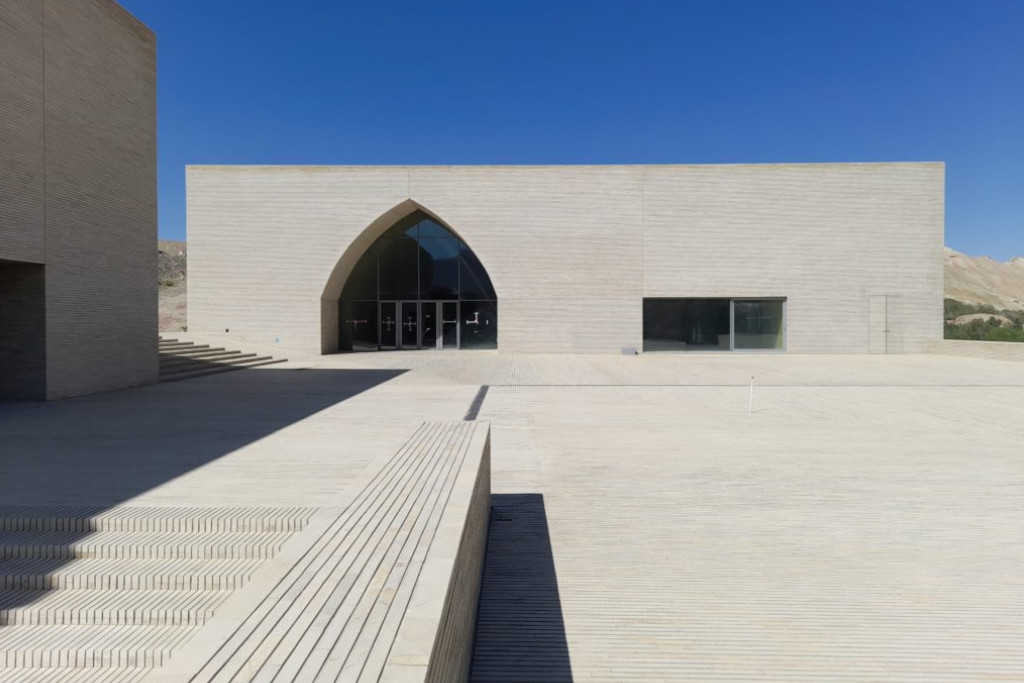 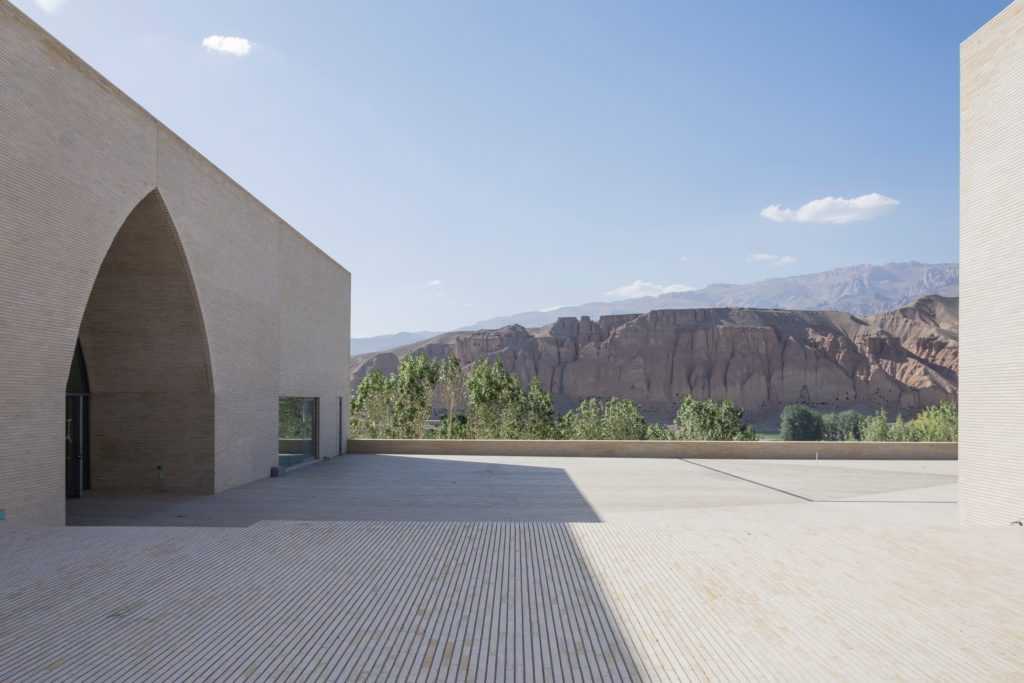 Due to the way in which the underbelly of the building is carved into the earth, the architects suggest the Bamiyan Cultural Centre is not simply built, but rather discovered. “This primordial architectural strategy creates a minimal negative-impact building that fully integrates into the landscape,” the M2R team explains. “It takes advantage of the thermal inertia and insulation of the ground,” they add, highlighting that the interiors of the centre are capable of remaining cool on the hottest of days. This is assisted by the use of slimline masonry bricks throughout the campus which offer a nod to the vernacular architecture of the region, where timber-framed brick and stone homes and public buildings are constructed to tackle the extreme climatic conditions.

When visitors first approach the centre, from the crest of the taupe-coloured escarpment, rather than finding a building hovering over the landscape they will first encounter a public garden, open to all of Bamiyan’s residents. Yet to be realised, the gardens will occupy the uppermost rooftops of the centre, adding to a series of viewing platforms where visitors and locals can meet, contemplate the diverse landscape and peek into the activities happening inside the facility. The centre itself, located beneath the entry level, forms a new man-made cliff face, drinking in unobstructed panoramic views across the Bamyan Valley and what remains of the “Buddha cliffs”.

“Due to the way in which the underbelly of the building is carved into the earth, the architects suggest the Bamiyan Cultural Centre is not simply built, but rather discovered. ”

“Due to the way in which the underbelly of the building is carved into the earth, the architects suggest the Bamiyan Cultural Centre is not simply built, but rather discovered. ”