Sandwiched between towering neighbours, 52 Reservoir St, until recently, sat modestly within its surroundings housing an air compressor business owned by the Fracks family for the past century. But, as this project would attest to, good things certainly come to those who wait. A competitive design process began – as mandated by the City of Sydney for projects of a certain size – with SJB Architects under director Adam Haddow, being awarded the project for its inventive reimagining of the tricky site. Engaged alongside Cornerstone developers, the design sought to bring about a functionally clever and complementary, community-minded building that truly made the most of its diminutive commercial footprint.

Previously a dark tunnel of a building, the narrow site was granted access to natural light only via its two narrow ends. But now, the luminous building has awoken, after SJB’s solution saw the site pulled back from its neighbour on the western boundary – creating a laneway that stretches from Reservoir to Foster streets, inviting foot traffic and cross-site connection, as well as a way for natural light to extend to its furthest corners. 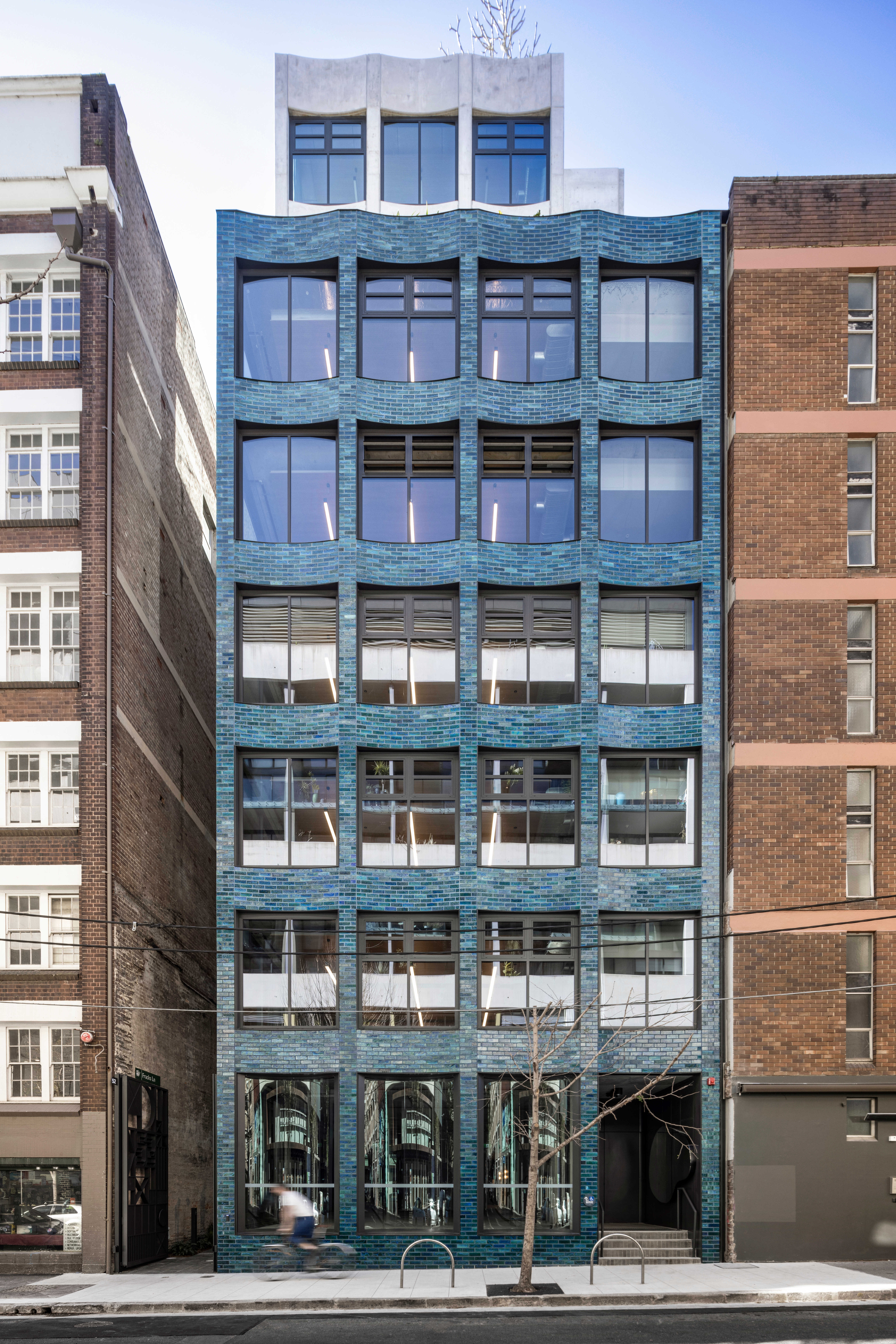 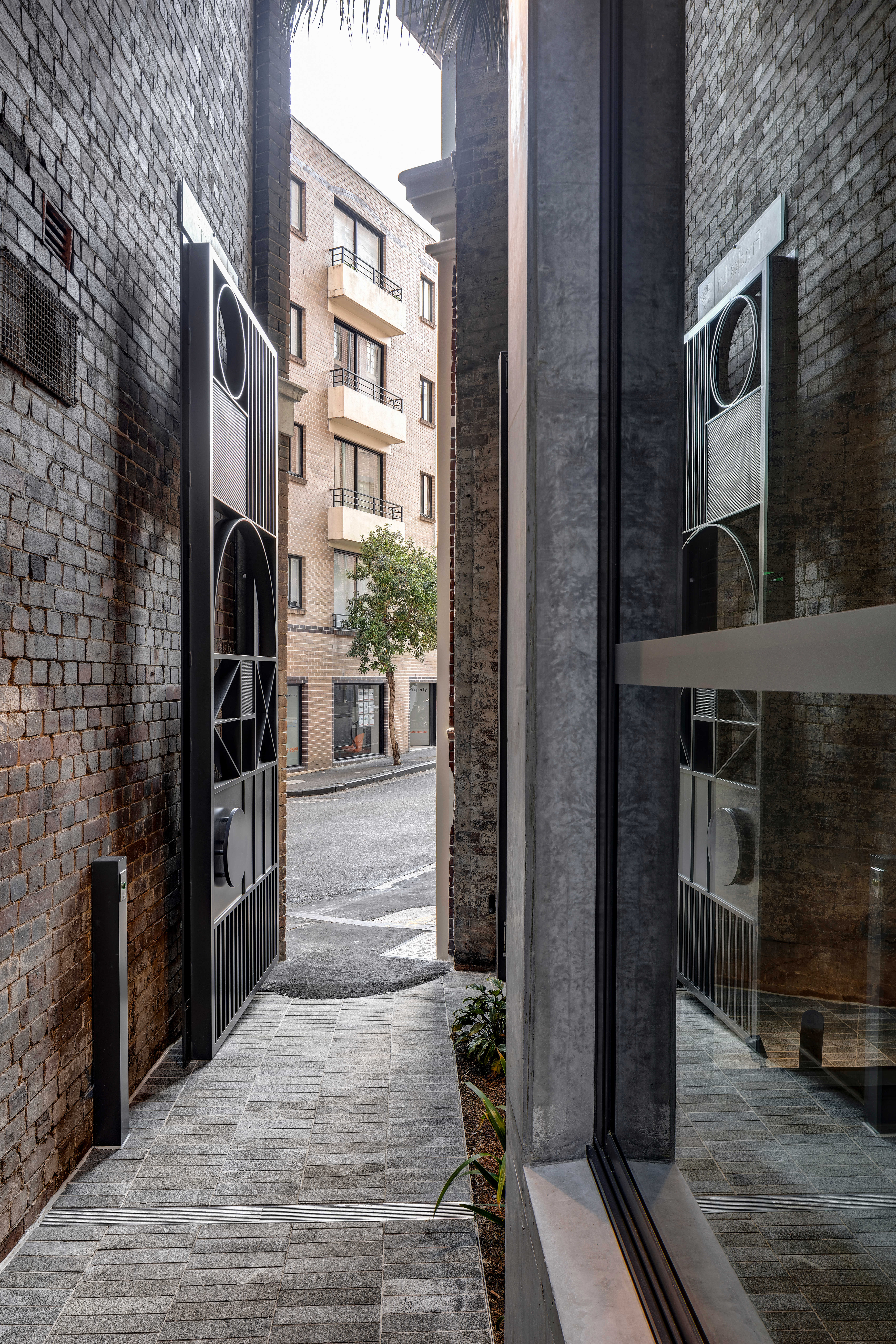 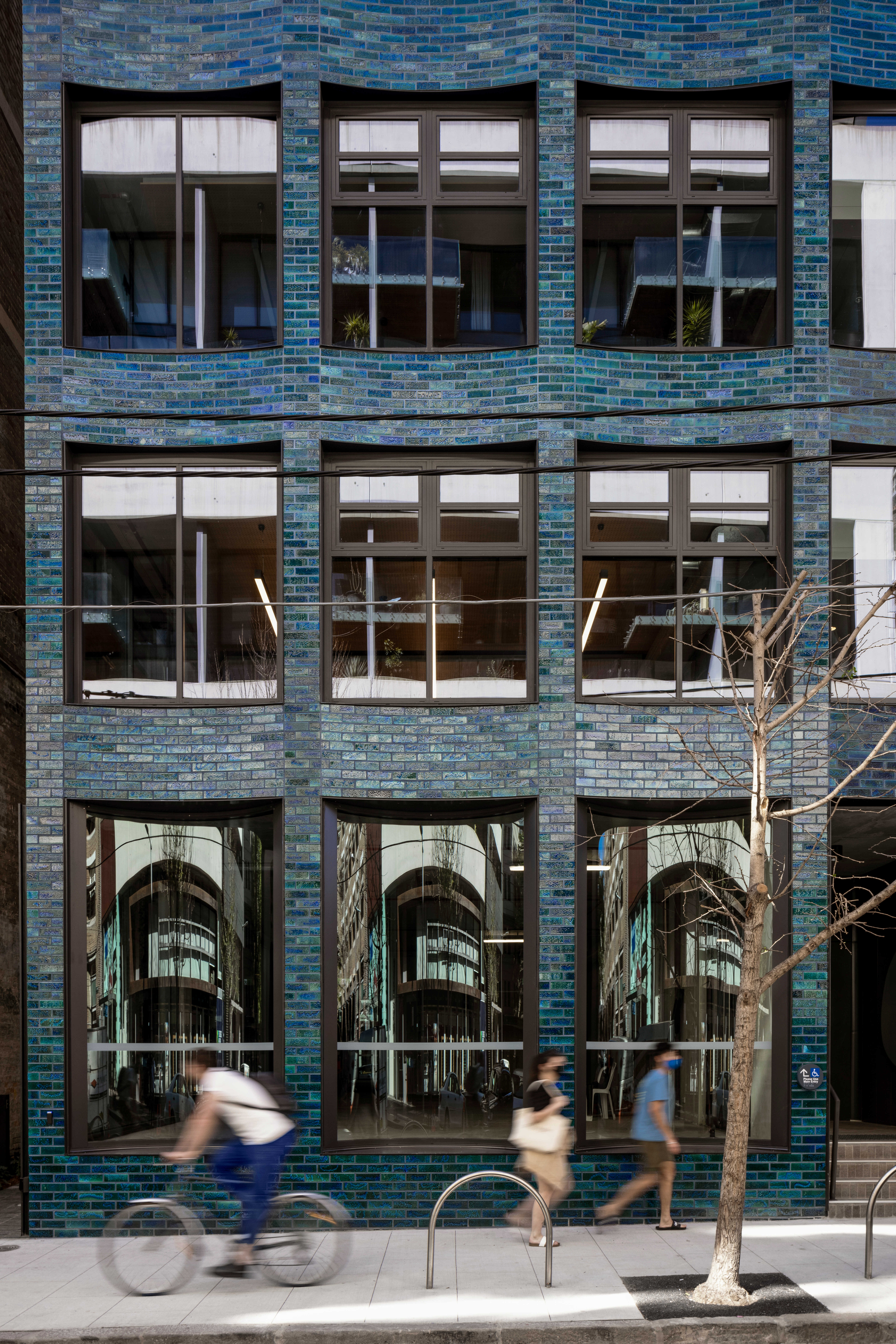 “We wanted to create the quality of a warehouse in a contemporary fabric,” says SJB’s director, Adam Haddow. “A place that speaks to the history of Surry Hills.”

“We exposed the structure so people can see and feel how that fabric is put together. We punched large windows through the facade so the building breathes. We also worked hard to make simple, column-free spaces with services all sitting with the side spine, so there’s no clutter.”

Although clever and simple in its internal space, where 52 Reservoir Street comes to life is its peacock-like exterior. It may be crafted in brick as a homage to its former industrial neighbours, but that’s where the parallels end. For, despite the frontage being clad in such a humble material, the custom-made facings pierce through the grey surroundings with a glistening beauty.

“Outside, the beautiful, glazed aquamarine facade tells people there’s something special about this building,” says Haddow of the striking surface. The glimmering finish on the San Selmo custom glazed bricks from Austral Bricks has a depth of colour that ranges from turquoise to lapis, as if shimmering like scales travelling through water. As passers-by take in the building, gentle dips in the bricks seemingly fall into each window bay, deepening at ground level into curved-glass bay windows that act as ledges, inviting people to sit and take in the sites. Down the 40-metre-long side lane, lined on one side by the new building, and on the other by the textured brick of the neighbouring building, the city flows through, offering a thoroughfare and further connection to the surrounding community.

Further up, a shared rooftop garden terrace is a welcome escape, meeting place and a breakout area for tenants of the building and offers a way to foster an internal community within the building – an element that Haddow says adds a “calmness and serenity to the spaces that will be wonderful to work in.”

This story was first published in FOLIO 5, a magazine by Brickworks. Register now for your free copy here.

“Outside, the beautiful, glazed aquamarine facade tells people there’s something special about this building.”

“Outside, the beautiful, glazed aquamarine facade tells people there’s something special about this building.”